Katriona Macklin owns and manages Podiatric Management. She worked full-time in London for 10 years. In 2009 she had twin boys and moved to Switzerland but travelled back to London monthly for clinics until 2013. In 2012, Katriona worked as a sports podiatrist within the London Olympic medical team. She worked within a multi-disciplinary team treating professional athletes who required fast effective treatment whilst competing at the Games. Since 2013 she has worked with the Grasshopper Football Club (Zürich) and in 2017 she opened her own podiatric practice in Kilchberg, Zurich.

In 1994 Katriona spent a year working in a leprosy colony in India, daily debriding and dressing wounds and learning on the job. Upon her return to the UK, Katriona studied Podiatry at Queen Margaret University in Edinburgh. During her final year at university she also worked as a volunteer podiatrist at Crisis’ Christmas shelter for the homeless in London treating diabetic patients, drug users, fungal infected feet, macerated feet and general foot disorders.

After qualifying in 1999, Katriona spent 5 years working within the NHS where she gained clinical experience in many areas of podiatry, including neurological gait related conditions and biomechanics, as well as 3 years working with acute diabetic patients at The Chelsea and Westminster Hospital.

In 2004 Katriona moved into private practice and in 2007 earned a Masters in Clinical Podiatric Biomechanics. She was awarded Distinction for the research she conducted on the effects of calf stretching on dynamic foot function. This research was published.  These studies were the start of Katriona’s specialism in the assessment and treatment of musculoskeletal injuries and sporting injuries, advancing her expertise in biomechanics, gait analysis, pressure analysis and orthoses. She combines her knowledge with the use of acupuncture and many other treatments to reduce symptoms, improve the bodies general biomechanics specifically the biomechanics of the lower limb, as well as promoting good foot health

Katriona is passionate about her work and thoroughly enjoys all aspects of podiatry. Katriona travels internationally to attend courses in a drive to remain at the forefront of clinical advancement.

Katriona is a keen sportswoman, who enjoys running, alpine skiing and yoga. 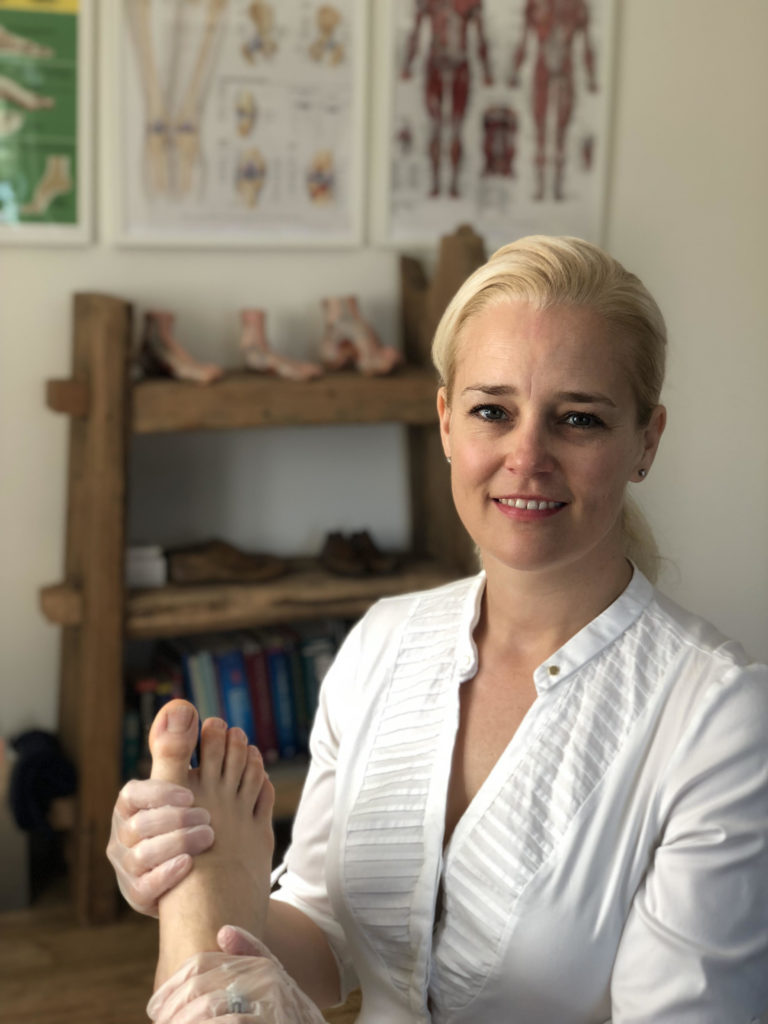